Very proud of (most of) my friends, but two in particular are doing ridiculously amazing things this fall:

1) In a winding turn of events, opportunities, things that weren’t supposed to happen, then happened anyway due to perseverance and overwhelmingly positive industry and audience response, Texas-native Cristela Alonzo’s new show CRISTELA premieres on ABC in a few weeks. I can’t wait to watch it, support it and hear a familiar voice say, “This show is taped in front of a live studio audience.” 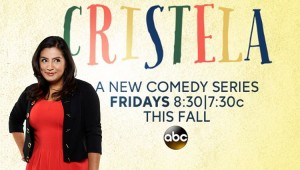 2) Having been sent on countless auditions to play terrorists, Maz Jobrani wanted to portray a Middle Eastern hero for a change. Seeing none of those roles being offered, he wrote one for himself. His “Persian Pink Panther” script made the rounds in Hollywood, getting some attention, a few offers, and numerous “helpful” notes (“Does he HAVE to be Iranian?“), and after 10 years of rewrites and development, Maz chose to produce the film himself. With his partners and a crowd-funding effort, the film was shot and completed this last year and JIMMY VESTVOOD: AMERIKAN HERO makes its worldwide debut at the Austin Film Festival October 26th. Spread the word, Austin, Texas.

Congratulations and thank you for the inspiration.

I’ve seen dreams come true. And minus a few bizarre exceptions in life, I’ve found the term “overnight success” to be utter bullshit.